Plum is a fresh line of 100% vegan beauty products that’s all about ‘being good’ - to your skin, to your senses, to others and to the environment. Plum believes people look the prettiest in the skin they were born in. Plum products are formulated with love to protect, repair, nourish - and delight, using some of the richest sources of natural nutrients, in sync with ‘good science’.

With hundreds of five-star 🌟 reviews and beauty influencers already raving on their Instagram, we were so excited to launch this campaign for Plum in communities & take it to the next level of word-of-mouth 🗣️ advocacy. The Brand wanted a wider connect with their audience of ‘Real Women’ facing ‘real skin care issues’ and wanted to be a Part of the conversations instead of preaching to an audience of ‘listeners’.

They wanted to understand the prevalent conversation 💬 trends in skin care around concerns, product formats & ingredients and then position their products as the best fit to delight the consumer.

Further, they wanted to associate their brand around a narrative of nature-based ‘clean beauty’ solutions, by highlighting their USPs of no harsh chemicals and ‘safest for skin’, without compromising on product efficacy.

The goal of campaign was to focus on create conversations 💬 around the benefits of green tea, aloe vera & Vitamin E in tackling a host of Skin Care problems like acne, dry & dull skin etc. and then showcase the efficacy of the Plum range with usage-based & before and after photos 📷.

To achieve this, we selected the most relevant 78 Communities around Beauty, Women & lifestyle related with over 3.9M Members that had a huge affinity for beauty & skin care.

We also conducted a Survey across both exposed & unexposed groups to validate campaign performance.

This campaign was divided into 4 phases that was run across 4 months, with each phase talking about a skin care concern and highlighting the benefits of either Green Tea, Aloe Vera, or Vitamin C, and asking members 👥 to share their experiences and thoughts around the particular concern and the associated Plum Product.

This was done by Community Admins sharing their own personal experiences with photographs 📷 and encouraging members to do the same.

As members started participating with their own stories ✍️ via User Generated Content (UGCs), we added to the excitement by weaving in contest themes around the most compelling stories.

With every phase, we strengthened the association of benefits with the brand, while continuously educating members of the benefits of nature-derived 🌱 products to further build trust around the brand.

While the theme of the content was consistent across all the communities, the unique experiences & testimonials 👍 of thousands of members brought their own personalities and style to each of their posts.

3000+
Brand mentions during campaign period
33.5%
Increase in brand share of voice from 7% before
12278
User generated posts with brand hashtag

The Campaign succeeded in increasing skin care category conversations from 45K to 89K p.m, an increase of almost 2X 📈!

As Brand mentions & UGCs poured in, we saw that 20% of Brand mentions were linked to active Recommendation, up from 4% pre-campaign and 9.8% in Phase-1. This meant that we were able to establish strong bottom funnel decision making by the final legs of the campaign.

Further Intent to purchase 🛍 rose throughout the phases, with a total of 4231 mentions linked to purchase (1/3rd of total comments received). We received a lot of brand love throughout with a sustained positive sentiment greater than 95% throughout, whereas it was only 56% pre-campaign.

The results of the campaign were evident even post campaign, as the brand’s share of voice sustained at 28% even with no campaign intervention.

We backed up our findings with a Brand Track survey in both exposed & unexposed communities and the results from 1200+ respondents️ were superb.

This helped to effectively establish the case for meaningful word-of-mouth campaigns driving long-term sustained preference for a brand.

Community members shared their positive reviews on Plum Green Tea Range and Vitamic C serum after trying it out.

Schedule a quick call with one of our strategists and learn how one of our campaigns can guide your customers through each stage of their decision-making process, from activation to conversion. 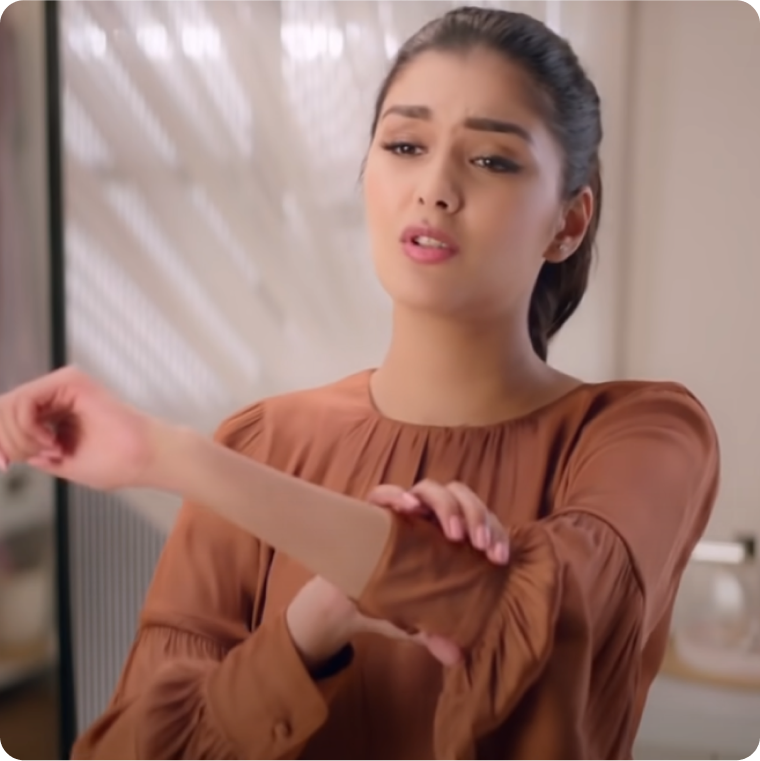 Ready to get started?

Your super power to monetize your community

Please share your details so that we can send the case study to you on your email.

The case study has been sent to your email.
Please check your inbox.